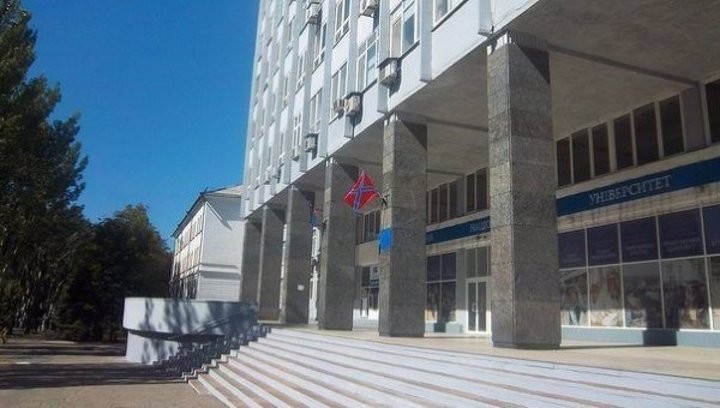 Volodymyr has lived and worked in Luhansk for most of his life, where he had relatives, a house, and a small business. In September 2014, Volodymyr and his wife were arrested by the militants of the illegal armed formation "LNR" because of their principled position regarding the territorial integrity and independence of Ukraine, and the political engagement of their son.

“We spent a total of 115 days in captivity. We were being tortured while we were kept in basements, garage and a sewage pit. As a result, I lost some teeth and got many health problems whereas my wife suffered a severe psychological trauma. I paid for all medical treatment and documents` renewal at my own expense,” Volodymyr said.

After their release from illegal detention, Volodymyr's family lived for some time in the western Ukrainian region of Zakarpattia, where he got a job according to his qualifications and became elegible for a retirement pension in early 2016. In July, the couple’s children bought them a small house in a village in  Poltava Oblast in order to help their parents to live closer to their children and grandchildren.

“In connection with our relocation to Poltava region, I applied to the Pension Fund in  the new place with a pension request from Zakarpattia and for payment of my pension where we moved to. Since August I started receiving a pension. But, some time after, I noticed that the amount of my monthly pension decreased by 561 UAH!” Volodymyr added.

In response to Volodymyr's appeal, the pension fund notified him that such reduction was allegedly made because his reference number for recruitment into the Soviet Army in 1972 is absent in one of his workbook’s records. Furthermore, another two reference numbers contained unauthorized corrections to the date of the employment order. Because of these bagatelles, almost six years of Volodymyr’s work experience were not taken into account.

“I have no idea who and when these corrections were made,” Volodymyr said.

In the pension fund administration, Volodymyr was advised to apply to enterprises where he used to work in Luhansk or to a local archive, where he may receive certificates about the employment period at the enterprises.

“In fact, I was proposed to plea to the militants who kept me with my wife in detention to receive these certificates. This is absolutely preposterous! Those minor marks that are in the workbook – they are irrelevant to the calculation of period of employment. What does it matter, whether I was hired in accordance with the order number 4 or with the order number 5 ?!” Volodymyr exclaimed.

With the assistance of the Eastern Ukrainian Centre for Civic Initiatives Volodymyr could file a lawsuit.

The court ruled in favor of Volodymyr and fully granted the plaintiff's claims in early February 2017, obliging the Pension Fund administration to resume the payment of his pension at a predetermined amount and pay the difference that formed during the period when Volodymyr’s monthly pension payment was decreased. In March 2017, the Kharkiv Administrative Court of Appeal dismissed the appeal filed by the Pension Fund.